The Michigan region was set aside by the federal government in 1787, though government authority was sparse and not permanently seated until Michigan officially became a territory in 1805.  For 32 years, the seat of government occupied a multitude of locations around Detroit, before settling into a territorial courthouse (built in 1823) when Michigan became a state in 1837.

The 1835 Constitution contained a provision to permanently establish the state capital so that it was more centrally located within the (then) current population and to remove it from its proximity to British troops stationed in Windsor, Ontario.  The legislature considered many potential communities around the southern Lower Peninsula, eventually deciding on Lansing Township.  A 'temporary' wooden building was constructed and occupied for the next 30 years on land that is bordered by Washington Avenue, Capitol Avenue, Allegan Street, and Washtenaw Street.

It wasn't until 1871 that a proposal to construct a larger, fire-proof building that would represent the authority and dignity of the seat of government took shape. Opened in 1879, the current Michigan State Capitol is a Victorian-era building whose likeness is as iconic as the distinctive mitten shape of the lower peninsula of this state. Images of this building and its dome appear on millions of official documents, travel publications and photographs, symbolically (though not geographically) representing the 'center' of Michigan.

Inside that building is a unique collection of artifacts and information that speak to not only the iron and stone structure, but the thousands of people that worked on, and in, it's walls, from architects to housekeepers and governors to clerks. We encourage you to view and discover the history of this unique building (and its less grand predecessors) through the documents and images presented here. 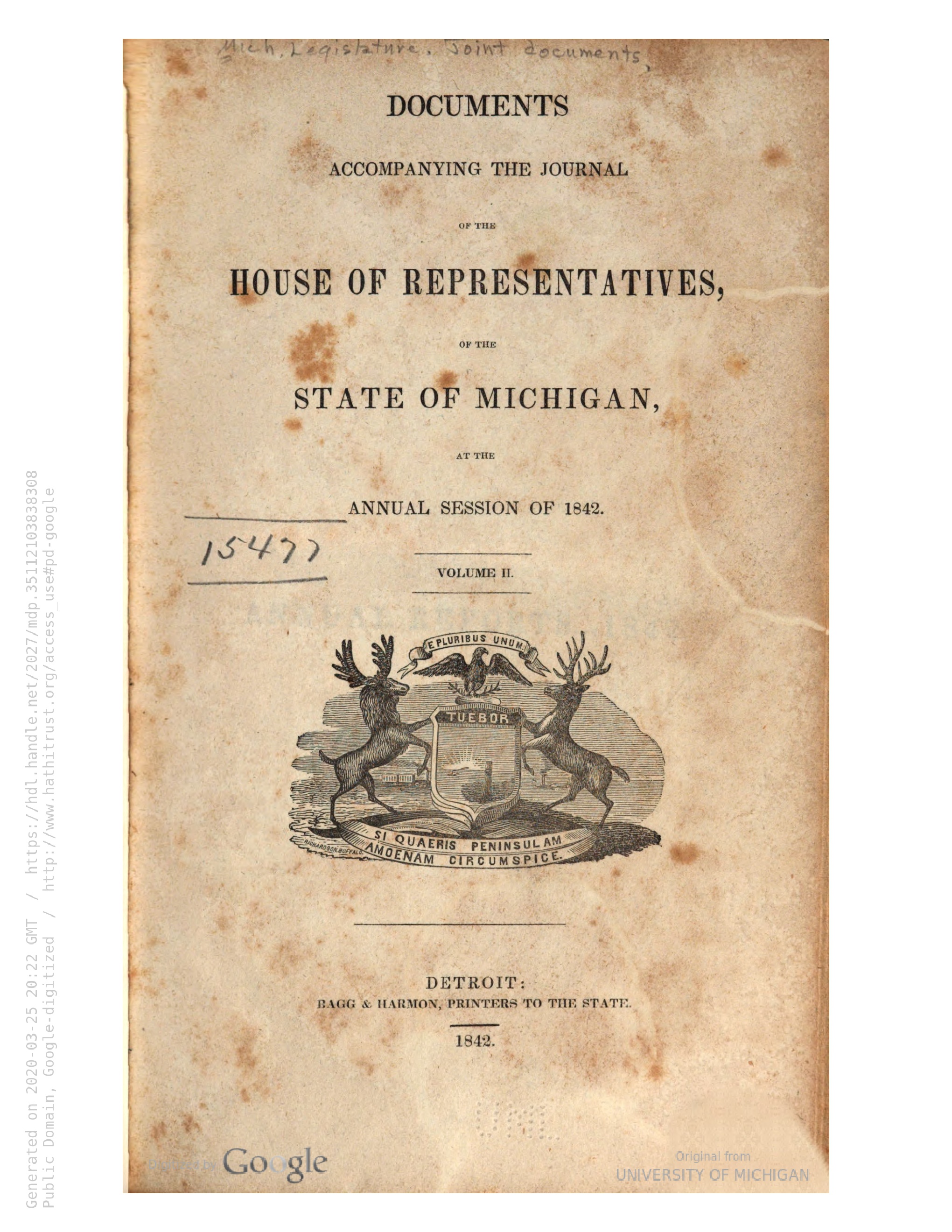 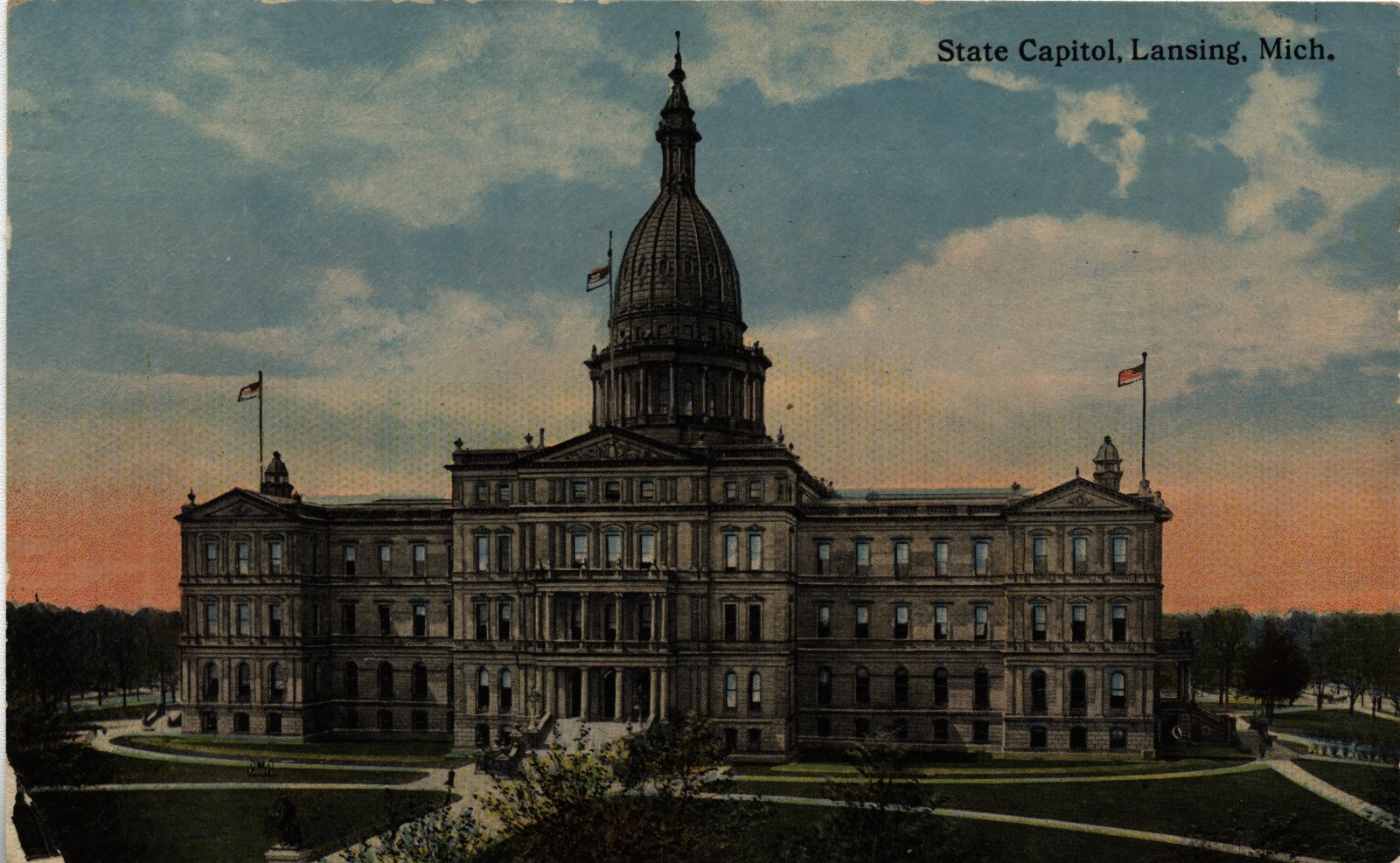